determined by DNA
and passed on from parents to
offspring

a genetic trait which
can be passed on to offspring

a characteristic that
distinguishes one individual from
another, such as blood type

(plural: loci) the specifi c
place where a gene is found on a
chromosome

the basic unit of the DNA
code, represented by A, T, C, or G

version of a gene, differing
by one or more bases

an accidental change
in a genetic sequence

a genetic disease
causing the overproduction of
mucus in the body

an organism that hunts
and eats other organisms

a low number of red
blood cells in the blood

the order of bases in a
fragment of DNA

a matching pair of
nucleotides (A-T or C-G)

DNA is the genetic blueprint which codes for, and determines, the characteristics of an organism

DNA is packaged and organised into discrete structures called chromosomes 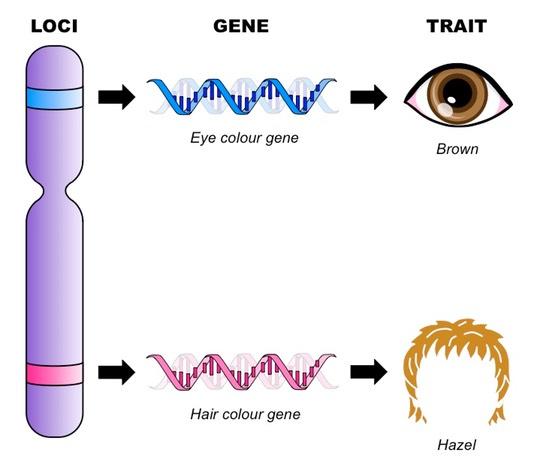 As alleles are alternative forms of the one gene, they possess very similar gene sequences 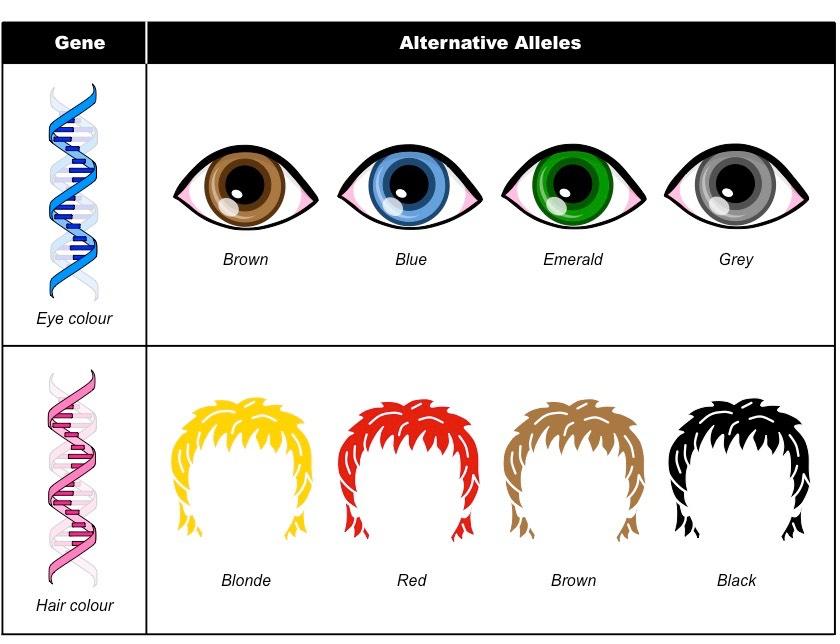 Gene mutations can be beneficial, detrimental or neutral 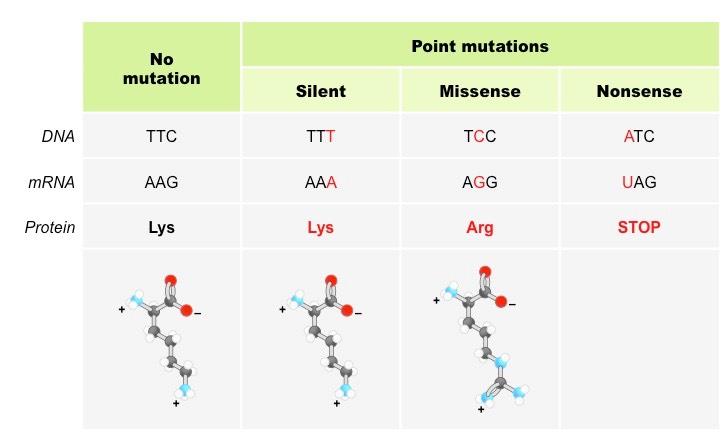 Cause of Sickle Cell Anaemia 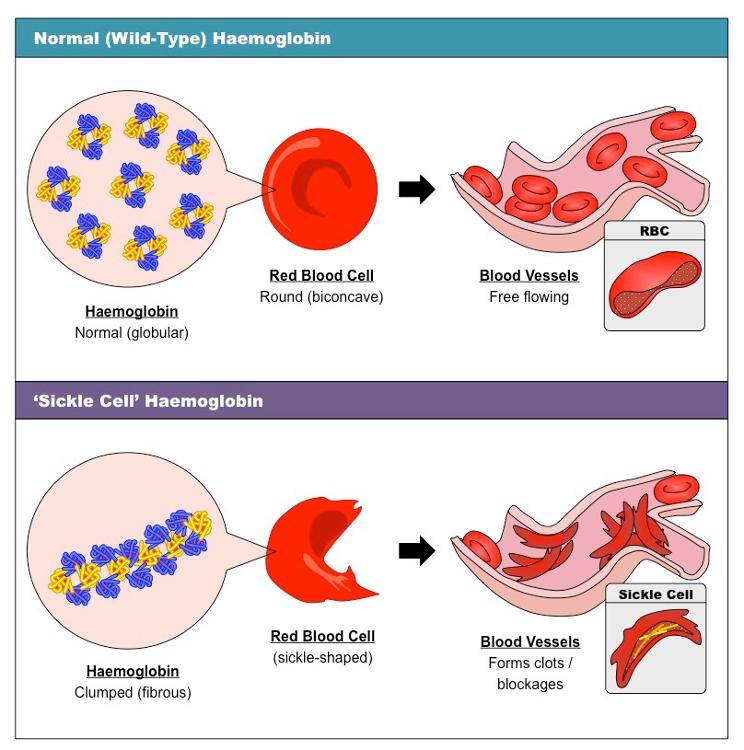 The genome is the totality of genetic information of a cell, organism or organelle

The human genome consists of: 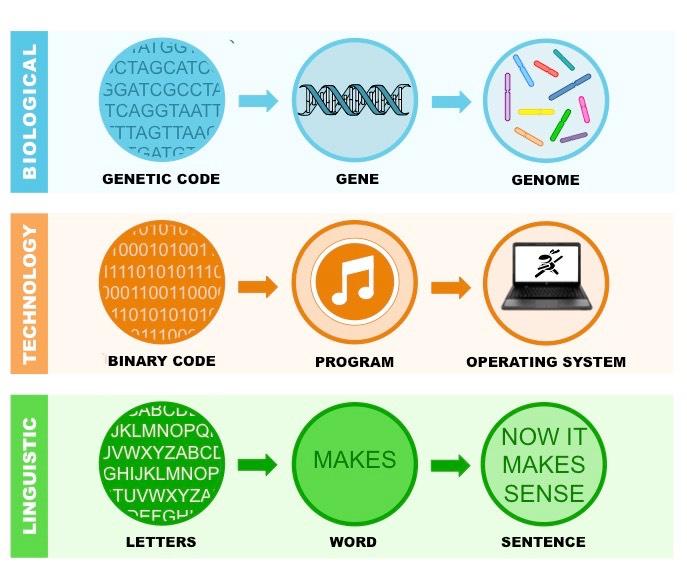 The completion of the Human Genome Project in 2003 lead to many outcomes:

As scientists may use different approaches to predicting gene numbers, final estimations can vary significantly

Gene sequences from different species can be identified and then compared using two online resources:

To identify a specific gene sequence:

Below are examples of different genes that may be searched for:

To construct a multiple alignment:

Below is a plain text file that can be uploaded to compare gene sequence fragments from different species:

Point mutations are changes to one base in the DNA code and may involve either:

In areas where malaria is common, there is a higher incidence of people who carry both alleles (i.e. are heterozygous)
These individuals produce enough normal blood cells to avoid the more severe effects associated with sickle cell anaemia, but also produce enough sickle cells to confer an increased resistance to the malarial parasite

The human genome comprises of roughly 3.2 billion base pairs across 46 chromosomes 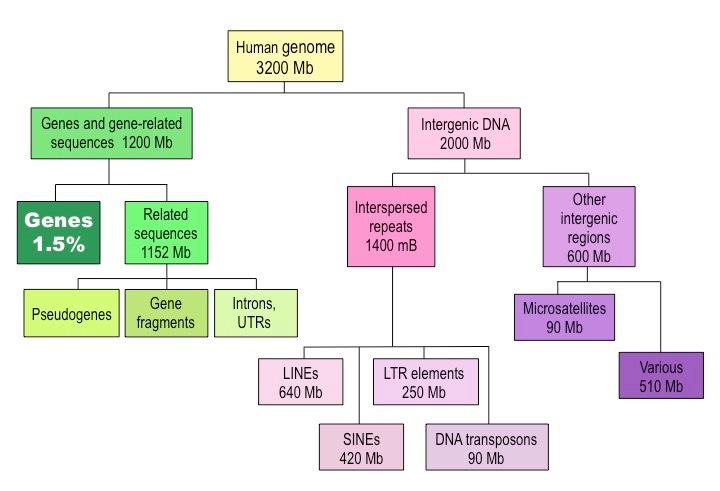 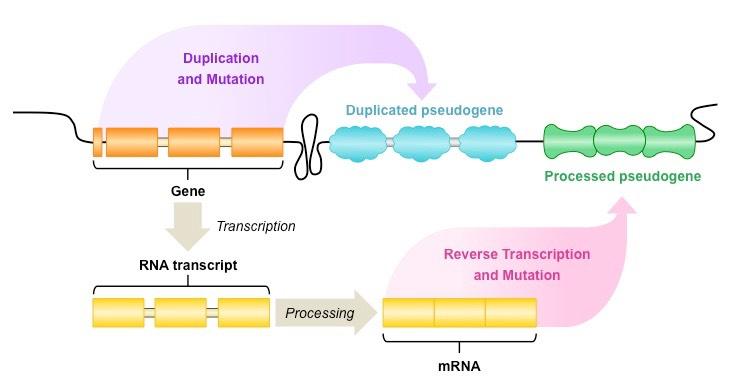 A transposon is a segment of DNA that inserts itself into another section within the genome (i.e. ‘jumping' genes)