a fluid that moves through the vessels of a circulatory system. In humans, it includes plasma (the liquid portion), blood cells (which come in both red and white varieties), and cell fragments called platelets.

the main component of blood and consists mostly of water, with proteins, ions, nutrients, and wastes mixed in.

are responsible for carrying oxygen and carbon dioxide. 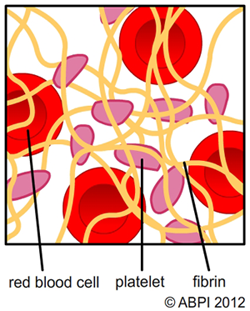 are responsible for blood clotting.

are part of the immune system and function in immune response

Plasma, the liquid component of blood, can be isolated by spinning a tube of whole blood at high speeds in a centrifuge. The denser cells and platelets move to the bottom of the tube, forming red and white layers, while the plasma remains at the top, forming a yellow layer. 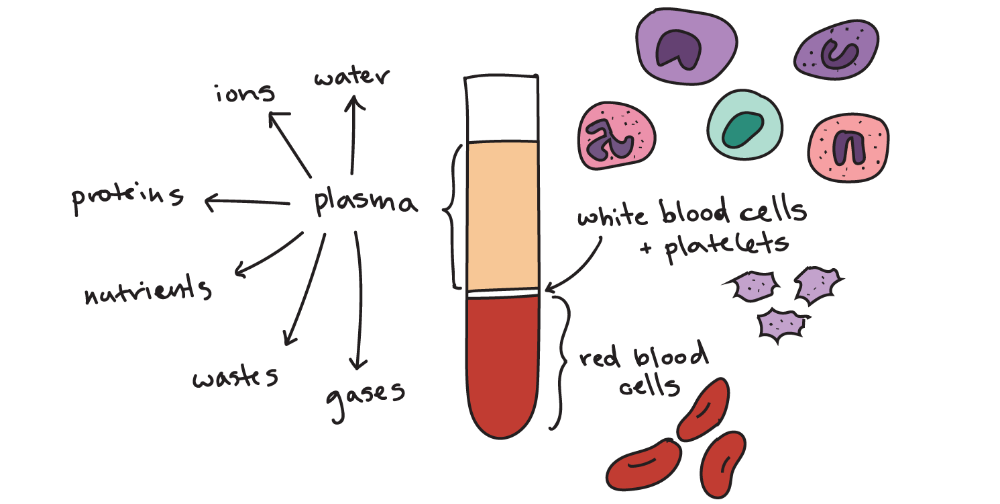 Red blood cells, or erythrocytes, are specialized cells that

circulate through the body and deliver oxygen to tissues. In humans, red blood cells are small and biconcave and do not contain mitochondria or a nucleus when mature.These characteristics allow red blood cells to effectively perform their task of oxygen transport. Small size and biconcave shape increase the surface area-to-volume ratio, improving gas exchange, while lack of a nucleus makes additional space for hemoglobin, a key protein used in oxygen transport. Lack of mitochondria keeps red blood cells from using any of the oxygen they’re carrying, maximizing the amount delivered to tissues of the body.

In the lungs, red blood cells take up

Red blood cells have an average life span of 120 days.

Old or damaged red blood cells are broken down in the liver and spleen, and new ones are produced in the bone marrow. Red blood cell production is controlled by the hormone erythropoietin, which is released by the kidneys in response to low oxygen levels. This negative feedback loop ensures that the number of red blood cells in the body remains relatively constant over time.

cell fragments involved in blood clotting. They are produced when large cells called megakaryocytes break into pieces, each one making 2000 - 3000 platelets as it comes apart. Platelets are roughly disc-shaped and small, about 2 - 4μm in diameter.

When the lining of a blood vessel is damaged (for instance, if you cut your finger deeply enough for it to bleed), platelets are attracted to the wound site, where they form a sticky plug. 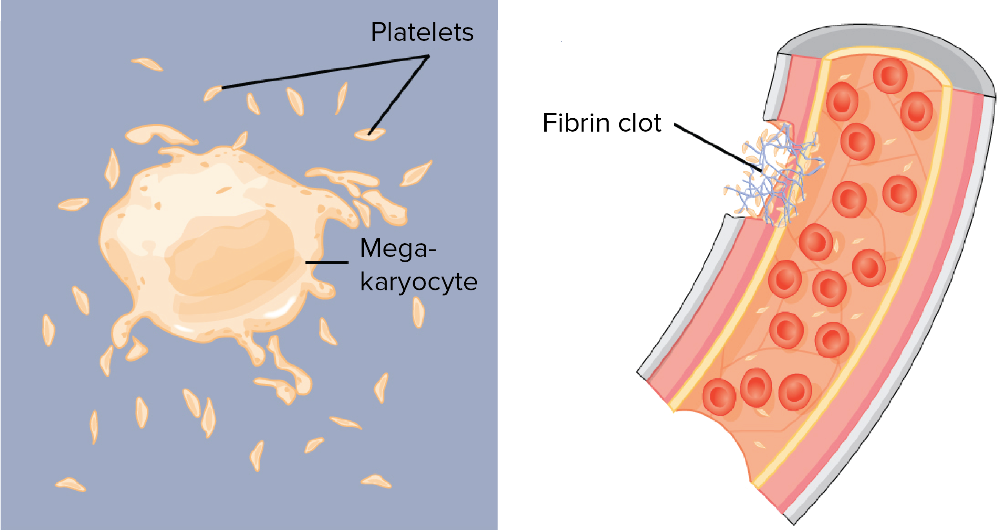 The platelets release signals, which not only attract other platelets and make them become sticky, but also activate a signaling cascade that ultimately converts fibrinogen, a water-soluble protein present in blood plasma, into fibrin (a non-water soluble protein). The fibrin forms threads that reinforce the platelet plug, making a clot that prevents further loss of blood. 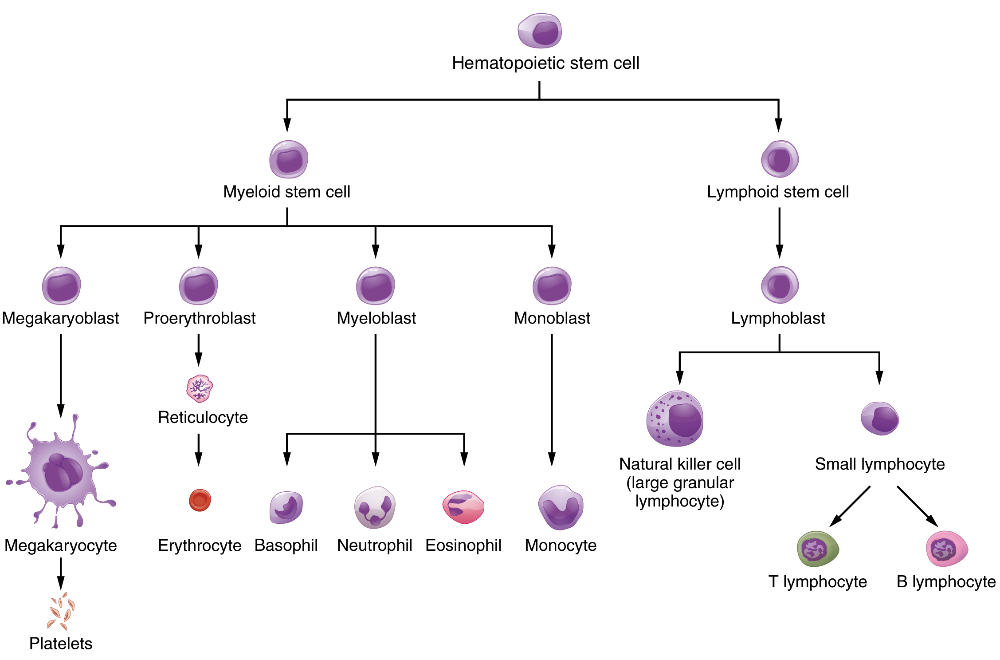